Reflections on masculinity, mental health and trying to make a difference

Years before I was even considering parenthood, I got seriously concerned about the prospect of being a father. I don’t really know why, but I got burdened by just thinking about the parental responsibility of influencing a growing child by everything said and done in his/her presence. Now, of course, I know better; parents are just not that influential – much of what they say is rarely heard, let alone acted upon! 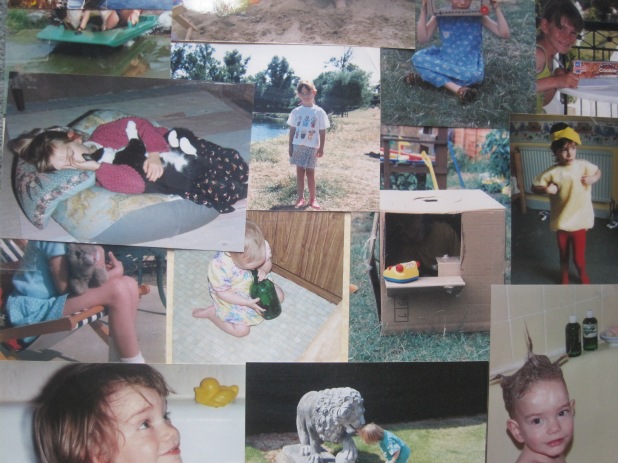 Which is not to say that our lovely daughter has even gone out of her way to challenge her upbringing; it never ceases to amaze me how lightly we’ve got off as parents. When she was a toddler everyone talked about ‘the terrible twos’ but that never happened. Then people warned us about the teenage years – they came and went. We’re still waiting for the storm…

Which is not to say her birth was without incident. In fact, for my wife it could be fairly described as traumatic. 14 weeks before her due date, my wife’s blood pressure rose alarmingly and two weeks later our very special daughter was born by emergency caesarean section. She weighed in at 2lbs 1.5 ozs – “less than a bag of sugar, but infinitely sweeter” was how I reported the news to my parents (and a surrogate grandmother from Uruguay).

The NHS care our daughter received for the next nine weeks was brilliant. Even at her birth in the operating theatre there was one team looking after my wife, one for our daughter, and a nurse for me – in case I fainted. For the record, I didn’t. I had absolute faith in the doctors and nurses and the bank of life-supporting equipment in the neonatal intensive care unit to which we had access 24 hours a day.

My wife was less calm and with good reason. She’d trained as a maternity nurse and knew too much about the hazardous journey ahead for our seriously premature baby. This, combined with a new mother’s strong maternal bond and hormonal turmoil, made our daughter’s nine week stay in hospital a particularly massive ordeal for her. My role as the ‘supportive husband’ included daily lunchtime visits to get photos developed that had been taken the day before and then visiting the hospital each evening. I felt it was very much a walk-on part and I now wonder whether I really understood what my daughter and her new mother were going through, or acknowledged my own true feelings.

Two weeks ahead of her due date, our beautiful daughter came home and some sort of normality returned to our household. Having a nurse and health visitor for a wife was both reassuring and slightly isolating. I didn’t think to ask questions about our growing child’s development assuming if all had not been normal my wife would have said something. My wife appeared to be in control but I’m not sure I ever thought to check.

I feel our daughter has developed and demonstrated her resilience by surviving those first precarious 12 weeks of her life. That and ‘willingly’ being sent to school at times she was probably unfit to go – that’s what comes from having a nurse for a mother! As parents of an only child with such a precarious arrival into this world, it would have been easy to spoil her, but we’ve tried to leave that to others.

We were warned that lung development might present problems for our daughter in later life (she had an emergency intervention when she was 12 hours old) but apart from a short stay in hospital aged 2 with bronchiolitis, her development has been smooth and untroubled. The medics said she’d be average weight by the age of two and that’s just what happened.

In earlier blog posts I’ve referred to the well-known advice for parents – that they should give their children ‘roots to grow and wings to fly’. But all parents will know the mixed emotions as they watch their young ones go off to school alone or with a friend for the first time. We  celebrate their new-found independence while regretting that one more parental tie has been broken. And then comes the recognition that our children have reached an age and stage in their lives when their pain can’t simply be removed by a kiss and a cuddle. I’ve sometimes look on feeling helpless and inadequate not knowing what to say. But then maybe just being there says something worthwhile?

We also want to shield our offspring from the darker side of life forever, but that’s just not possible. I’ll never know how my mental ill health during my daughter’s formative years may have affected her, and I don’t think the health professionals would know either.

So, was parenthood as concerning as I thought it would be all those years ago in my late teens? No – it was much less daunting thanks to the support and love of others. Before taking paternity leave, my then work colleagues reassured me that babies could be dropped without breaking (not that I ever put this to the test). And while parenting was not the number one topic of conversation at the fathers’ nights out after leaving London, we compared notes about sleep deprivation and joked about taking our daughters to football matches in the interests of being politically correct (remember this was nearly three decades ago…)

I know it’s a cliché to say so, but raising our daughter and seeing the person she has become is my proudest achievement. Her love and support have enriched my life and given me strength when I was at my lowest. She has inspired me to take on new challenges, her values, wisdom and approach to life have shown me new routes to a better world. I am truly blessed.

For other posts in the ‘No man’s land’ series go to https://enterpriseessentials.wordpress.com/category/no-mans-land

This site uses Akismet to reduce spam. Learn how your comment data is processed.