“Even when I’m out shopping for clothes with my partner, which I used to hate, I now look at the display units and think what we could make in the Shed”

I really enjoy making things from wood. My background is in all aspects of computing – hardware and software. I’ve helped the odd shed member with their IT problems, but in fact getting away from computing and making things is really so relaxing and rewarding. Its learning old skills again that I learnt at school.

I come into the workshop every week, but also help on other days in the community. I helped with refurbishing an outdoor metal play train at a nursery, and went out to look at a lady’s kitchen which needed some work.

The Shed group works well – I like meeting other people. But it’s important to see others who may not be integrating so well, pair up and involve them.

Making something that was defunct work again is rewarding. I also get a buzz out of making something out of a pallet that would otherwise be scrapped. I’m now making things at home – always thinking about new ideas for things. Even when I’m out shopping for clothes with my partner, which I used to hate, I now look at the display units and think what we could make in the Shed. In the more ‘arty’ shops that have things made out of wood – I think – we could make something like that. I sometimes take photos to study back at home. Even my partner has started to look at things and suggest ideas for me!

I feel good, happy to be here meeting people. I always go away from a session with more information and understanding than when I arrived which is good. Everybody has experiences of life that they are happy to share. Having been out of work for three years, being in the Shed shows a commitment on my part and is a real boost to my confidence.

More about The Repair Shed at: 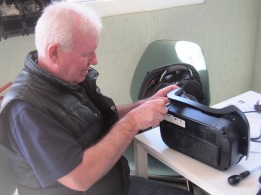 “I hope I’ll be coming here until they put me on a boat and send me down the canal!”  Seamus, Repair Shed member since June 2014

I have had mixed fortunes in my life that have meant my circumstances have changed quite a bit over the years. I was one of the people who used to get people in to do work – I had a lot of people working for me. When you lose that, you lose the confidence. At the moment I’m unemployed.

I’m always at The Repair Shed on Thursdays. I lend my hand to anything – I’m involved in woodwork, electrics, and the Community Repair Days. The whole idea is great – I’ve discovered skills I didn’t know I had and made things I didn’t think I could.

I’m a team player – this gives me the opportunity to meet people; the Shed gets me out. We are skilled people – it is great to see people using those skills again. I hope I will be coming here until they put me on a boat and send me down the canal!

All the people here are great guys – you come here, you have to interact, and you realise what other people’s lives are like. It’s not too intense. People are thinking how to use their brains again, and to problem-solve. For instance, we have to do such-and-such a project, so how are we going to do it? … Your brain could die if it’s not used. Coming to The Repair Shed makes me use my brain.

Let’s face it – if you can go somewhere, laugh a little, do some work, and do something for the community, what can be better – it’s wonderful. 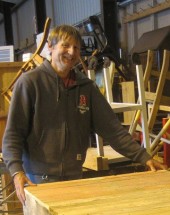 “I had a broken leg for a couple of months in the summer which made me realise how much the Repair Shed meant to me.”  Chris T, Repair Shed member since February 2014

I’ve been here from the very start, when the idea was really in it’s infancy. We had our first Repair Day in June 2014 – when people were invited to bring broken things along to be looked at for repair. We had quite a few things brought in.

Even though it was difficult and cold going in the winter – as we didn’t really have a proper indoor workshop initially – we focussed and made a wooden Christmas tree for a local play centre.

In January 2015 we got into the ‘Shed’ and things started to happen. We got more productive, we made more things. We’ve now got a container to help with storage and things are going to get even better. 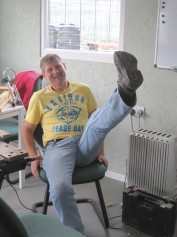 I’m Involved in electrical work and I’ve done a PAT-testing course. I do a lot of woodworking making trugs and other things. I had a broken leg for a couple of months in the summer which made me realise how much the Repair Shed meant to me. It was great to get back into the workshop, meet people, and do things again.

This really has a made a difference to me. 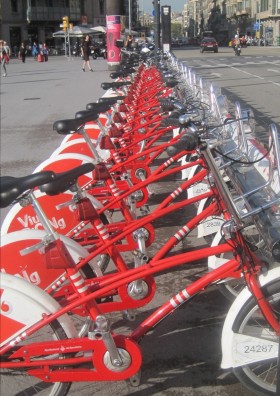 Apparently there’s a higher than average incidence of depression in retired posties. I can’t find the research but you can see why this might be true. They have a physically active job, they’re well connected in the community, have unusual working hours and  wear uniforms associated with their valuable, but increasingly threatened, role.

When all that’s gone – what’s left?

Of course posties are not alone in being in danger of drifting when cut loose (by redundancy or retirement) from structures, routines, and the status often associated with paid employment.

Any yes, the uniform – even a suit or a high-viz jacket – can be incredibly important in confirming identity and self-worth, boosting self-confidence.

Which is increasingly understood by the burgeoning network of Men’s Sheds around the UK which offer a half way station between workplace and home.

In Australia – the home of the global Men’s Sheds movement – they found that workers from the emergency services and the armed forces were particularly vulnerable after losing their uniforms (alongside many other, more traumatic, experiences no doubt).

In the not-for-private-profit world of charities and social enterprises there tends to be much less adherence to the idea of hierarchy and uniforms (the Scouts and Guides being honourable exceptions). That said, there are still pay differentials and efforts to foster a corporate identify in most organisations – which may or may not include a dress code.

Closer to the grassroots where organisations, including Men’s Sheds, are largely volunteer-led and run, it’s important to recognise that people giving up their time for free need to feel valued and useful, and able to identify with a worthwhile cause. In fact, because volunteers can simply walk away, it’s essential to get this right.

Meanwhile, at The Repair Shed in Hemel Hempstead, we’re just about to order some branded fleeces for our members. This is primarily about keeping bodies warm and reducing wear and tear on other clothes, but it will be interesting to see if the new uniformity adds anything to our collective sense of belonging and self-esteem.

For more about UK Men’s Sheds go to www.UKMSA.org.uk and The Repair Shed is at www.communityactiondacorum.org/the-repair-shed 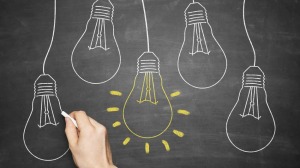 Someone once observed that talk about social enterprise is never very far from a Gandhi quote. Here’s one on learning…

It’s well known that feeding our sense of curiosity and acquiring new skills at any age is a great way to sustain mental wellbeing. For older learners, it may also stave off the onset of degenerate diseases associated with ageing.

The University of the Third Age (U3A) recognises this, providing opportunities for retired and semi-retired people to come together to learn, in their words ‘not for qualifications but for its own reward: the sheer joy of discovery’. Another important element in the U3A model is the idea of everyone being able to share the life lessons that come with age. Members share specific skills, alongside professional and personal experiences: the learners teach and the teachers learn, with no distinction between them.

In the ‘lifelong learning’ sector, men are recognised as a ‘hard to reach’ group; the thirst for learning in later life is recognised as being more prevalent amongst women than men. This is reflected in Dacorum, south west Herts, where the U3A group have an impressive 1300 members, but with women in the majority.

Publicity for The Repair Shed* in the U3A Dacorum bulletin generated a response from four people. Interestingly, two were women keen to learn the sort of home maintenance skills – fixing fuses and dripping taps etc – that their husbands had always sorted when they were alive. One of the women and one of the men are due to join The Repair Shed in early 2015.

The Repair Shed, and Men’s Sheds more generally, aim to involve older men in informal learning with skill-sharing being a common strand in most programmes of activity, alongside making, mending and general ‘tinkering’.

Food for the body and brain

Within The Repair Shed, extended skill-sharing is promoted through a time banking facility which records and rewards the input of members (one hour earns one time-credit). Members can then use their time-credits to ‘buy support’ from other members of the time bank.

Cooking is a good example of how this can work. Older men living on their own tend to need to support when it comes to healthy eating. A Repair Shed member wanting to learn how to cook a favourite dish or gain other basic culinary skills can ‘buy cooking lessons’ from other members with relevant skills. In Australia – the home of the Men’s Shed movement, ‘learning by doing’ is a feature of cooking where meals are the outcome of experimentation rather than slavishly following recipes.  The same, incidentally, goes for health education; peer-to-peer encouragement to get professional advice about things like prostate problems being far more effective than bringing in a health professional.

Back in The Repair Shed the plan is to share skills within the group (learning about metal work is a common interest…) before going public to embrace the wider community – with workshops for all ages and abilities in DIY, repair and re-use. Exciting times and lots to learn!

* For more on The Repair Shed in Hemel Hempstead, go to https://enterpriseessentials.wordpress.com/the-repair-shed